Publish Date:
May 20, 2022
Category:
HOW TO -
Video License
Standard License
Imported From:
Youtube

Spain is one of the few European countries that still have an active monarchy. Visiting the Royal Palace (Palacio Real) was a huge bucket list item for me. And now I can say I did it and it was great. 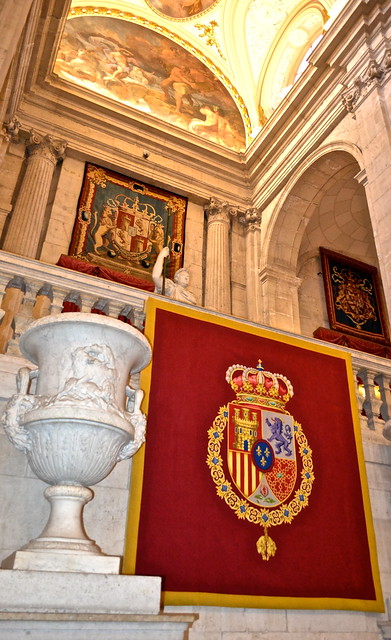 The palace is still the official residence of the King and Queen of Spain. If they live here full-time, I have no idea. However, because it is still their home, the tour takes you through 23 rooms of the 3000 room palace.

Yes, that’s right – 3000 rooms. The place is enormous. The guide told us that if every room was occupied it can easily fit anywhere between 4000 – 5000 people comfortably. 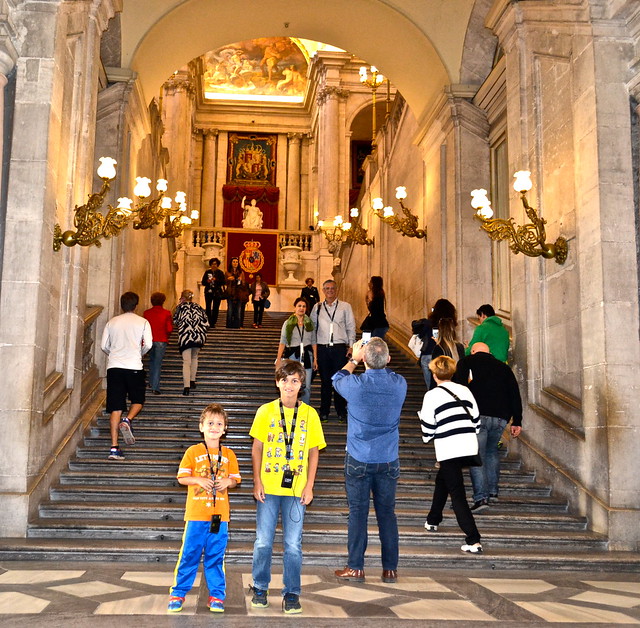 Just the dining room alone can fit over 150 people. I don’t even think I know that many people in total.

As with all monarchial traditions, Spain is no different. There are protocols in place for everything. For example, when someone is to meet the king everything is run so smoothly that there is never any wait, and the process is so percise and perfected that it becomes almost like an art form.

For our group the most fascinating ones were in the dining room:

2. The glasses all have to be perfectly lined up. This is done with a thread that is held from one end to the other.

Fun Facts I Picked Up on the Tour

Honestly, the whirlwind of information you get during the one-and-a-half-hour guided tour can only sink in so far. So for me, these were some of the things that stuck most with me.

Also, once inside you can not take any photos or videos.

1. Charles IV collected clocks and there are over 150 clocks throughout the palace. Each is unique and truly a work of art. There is a full-time position for someone to maintain the clocks and make sure they are running properly.

2. The kings and queens, back in the day, never ate meals together. They were all served in separate rooms.

3. One room had an embroidery renovation of the walls of pure silk that took over two years to complete.

We took the guided tour. You can do the audio tour on your own. However, it really makes a huge difference to have a guide. Especially if you are traveling with kids, the guides know how to keep the kids interested as well.

Plus, I don’t know about you, but I always have so many questions and the guides love that the most.

The Royal Palace is located within Alcazar de Madrid, a medieval fortress that was turned into a luxurious palace by Juan II, Carlos V, and Felipe II.It has been the official royal residence of the country since 1561. The original reconstruction made by Felipe II and Felipe IV was destroyed by a fire on Christmas eve from 1734. Felipe V decided to re-build the palace. For this task, he called the best European architect of the time Filippo Juvarra. When he died in 1736 his pupil finished the job. It was designed to have a lot of volts and many floors that can host the governmental offices and to make it a comfortable Royal home. The construction started on 1738 and ended in 1751. In 1760 Carlos III decided to call Corrado Giaquinto (the painter of the court), venetian Giambattista Tiepolo and German Antonio Rafael Mengs to create the artwork within the palace. They were among the best artists in Europe at the time. Carlos III was the first monarch to live in it, he and his family moved in 1764.The room that was used by Carlos III still keeps its original decoration. During the 18th century, its walls were covered with the best paintings from the royal collection. The throne room is decorated in a rococo style and is one of the most representative aspects of Carlos III’s taste.  The huge bronze and crystal lamps on the ceilings were added later by Fernando VII. The most recent renovation happened in 1979 and was ordered by Alfonso XII.The rooms where monarchs lived until 1931 are located on the eastern side. These rooms are now used to host audiences with the current king. Royal Palace of Madrid is also home to La Real Armeria, a collection of weapons, one of the most important ones in Europe.

The garden of the palace was created by Felipe II when the court of Madrid was established. Its name can be translated to Moor’s Field. It is in honor of the battle won by Christians against the Almoravid army in 1110.It was designed to mimic the gardens surrounding the palace at VersaillesThe Goya of Madrid from the 18th century, Ventura Rodriguez, designed its gorgeous Fountain of Shells.  A major remodeling happened in 1843 by orders of Isabel II. It still keeps that layout.

Did you miss our previous article...
https://onebagtravel.club/how-to/makeup-workshop

How to Pack Lighter | One Bag Travel

Top 3 Kid-Friendly Resorts In The

Top 6 Best Things to Do in Ventnor

1 Positive Fact about Every Country

Top 8 Things To Do in New Orleans